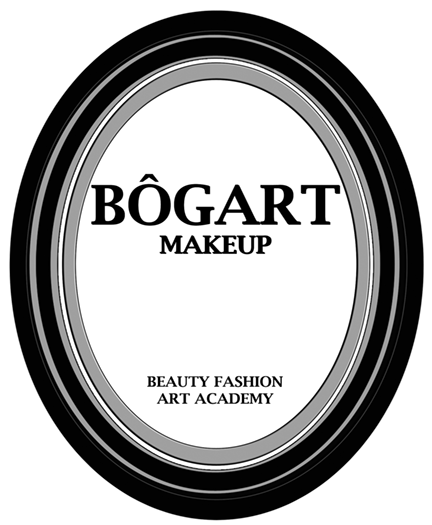 I am still in Madrid as I am starting this article about my experience at Bôgart Makeup.

I have been into makeup since 2009, but it’s been something more than a year ago that I decided to go a step forward and considering it a little bit more than just a hobby.

If you’d ask me in which city I were to take makeup classes one day, I had it all clear: it would be in Paris. They say it is the city of fashion per definition and with the TGV about two hours away from Luxembourg and besides, it is a city I love. Every time I was looking at a school, I didn’t identify myself with the program or they were either too expensive etc. The budget was also a very big issue because, not only had I to pay the lessons (which in Paris are insanely expensive), but there was also the accommodation, the food, the travel expenses. Plus I also wanted to combine it with Flamenco lessons since Paris is also known for having good schools with outstanding teachers. I contacted a makeup artist in Paris who gave me the name of her former school, I contacted a Luxembourg makeup artist who give me another name. But none of the schools attracted me. It just wasn’t it.

Bôgart Makeup came to my ears or I shall say « eyes » through the Spanish bloggers/makeup artists I’ve been following on Instagram, in particular Mar Parres (@imparmakeup). She did a three-week course a few summers back and then she did the three months advanced classes at Bôgart Makeup. I remember commenting one of her pictures saying how cool it would be if I could go one day to Madrid and take some lessons at Bôgart Makeup and this, long before I decided to form myself professionally. Who would have thought! Ever since I heard of them, I started following their work.

The school was founded by Spanish makeup artists Baltasar González Pinel and Óscar Arenas González. Both Baltasar and Óscar started from the very bottom by working as makeup artists/sellers at M.A.C. Cosmetics and made their way up, Baltasar by being a Senior artist until becoming the current Director of Artistry Europe at M.A.C. Cosmetics. Óscar later became Director of Training for Spain and Portugal while working for the same company. He also worked as makeup artist for different runways. This is a tiny bit of their work and curriculum. I sincerely invite you to check them out.

One day, I was talking to my Flamenco teacher about the time she went to Spain to learn Flamenco and told me about the Flamenco Academy Amor de Diós in Madrid. In the end, this is basically how and why I chose Madrid. I had the opportunity to combine my greatest passions together. It should have been clearer to me since the beginning that it would have been Madrid since I love Spain, the language, Flamenco and most of the bloggers I follow are from Spain. Everything made sense. But back to my experience at Bôgart Madrid.

The classes were held by Óscar since Baltasar was on the road for M.A.C. Cosmetics, except for the last day. Óscar shared with us all his wisdom, techniques and tricks with professionalism and most of all generosity. Despite his fame, Óscar has shown great modesty. In three weeks, I don’t recall a moment where he started talking with « I am » or « I did » or « I, I, I ». It was always « if you try this and that, you will get this or that result ». He answered all our questions, resolved our doubts. If something wasn’t done correctly, he’d ask us to start it all over again, but in a very encouraging and constructive way, always concerned to get the best out of us.

The classes were from Monday to Friday from 9 am to 2 pm. They always started with Óscar doing the demo of the day’s theme either on Carolina, the other makeup artist/assistant at Bôgart Makeup, or one of the students. After each demo, we did a little break and then we had to recreate the makeup on one another.

The themes of the lessons were for example skin finishes (light or medium to full coverage), eye makeup techniques (smokey eyes and the different ways to do it) etc…

However what distinguishes Bôgart Makeup is that both Baltasar and Óscar refuse to put rules and indoctrinate the artistry of makeup with theories such as « you cannot apply dark lipsticks in summer, it’s only for fall or winter »; « dark eyeshadow is forbidden when wearing dark lips or when you have dark eyes » etc etc.
A little anecdote: I never wore black eyeshadows because I have naturally dark eyes and hair. The day Óscar did the demo on me, he did a black smoky eyes with red lips which, according to the « rules makers », is a “dead sin”. I only later told Óscar that I never wore black, but I was really amazed by the result. And besides, the experience of having my makeup and hair done by Óscar will be one of the most memorable moments.

Baltasar and Óscar have decided to eradicate these rules and created a school where nonsense concepts are not welcome. I remember seeing on Instagram, a very long time ago, a Medieval inspired logo for the school which tells explicitly which philosophy the school goes against with. How original is this?

I must confess, in the beginning, it was a little confusing because all I knew about makeup was about these rules and not only had I these information from Youtubers but also from makeup books written by very famous makeup artists. If you want to study at Bôgart Makeup, you have to do a « tabula rasa » of what you think you know about makeup. What they will teach you will go far beyond every expectations you have had. To be honest, it can also be intimidating and at times frustrating to learn from people with high skills such as Baltasar or Óscar. You cannot help but comparing yourself with them, but once these feelings disappear I can assure that the experience is very rewarding and in so many ways. Baltasar and Óscar never put themselves above us. It is very important to them that students feel at ease. Again, you wouldn’t think they are so famous when you see how humble and down to earth they are. I could continue this article with talking about the people behind the artists, but I will stop here. I have struggled with this article because I didn’t want to be accused of having written a love letter, so I kept it as objective as I could by only talking about the school and it’s philosophy. But they know how fond I am of them.

Today I do not only admire this profession, but I have so much respect and esteem for makeup artists. It truly is art! I am convinced I wouldn’t be speaking like this if I had gone to Paris. I believe that most Parisian makeup academy’s take advantage of the reputation of the city to give their schools prestige. For my part, I took the best possible decision by going to Madrid and at Bôgart Makeup. These two men that I considered once artists are today geniuses to me. The last day Baltasar held us a class about the theory of colors. It was mind-blowing! What else can I say that I haven’t already said on social media? This experience has marked a before and after in so many ways in my life.

I could not finish this article without mentioning my fellow companions of adventure: Ma Angeles, Myriam, Chanel and Manuel. It was a big pleasure meeting you all and sharing this experience with you. Thanks again for contributing in making it so unique. I know I will see you very soon.

I took many pictures during these three weeks, however I decided not to share them as I want to keep them  private and treasure them as a very special moment in my live.

Thank you again Carolina and Baltasar, but most of all thank you Óscar for everything. It fills me with pride to say that I was once student at Bôgart Makeup!!!